A GIS application for design and management of pressurized irrigation networks

SIGOPRAM is a GIS application that was developed to assist irrigation professionals and practictioners in the design and analysis of on-demand pipe irrigation networks and projects and their specific hydraulic components. SIGOPRAM allows defining the layout and pipe sizing, as well as conducting the performance analysis of pressurized irrigation networks, with the novelty that the entire process can be conducted within a GIS environment, thus taking advantage of all the potential of such tool.

SIGOPRAM is specifically conceived for:

•Engineering firms that conduct the preliminary and final design of irrigation projects;

•Governmental organizations  that are in charge of promoting new irrigation projects or modernization of old ones;

•Irrigator Communities or Water Companies responsible for the exploitation of the irrigation network.

SIGOPRAM was developed by Aigües Segarra Garrigues, S.A. (ASG), a private consulting group based in Lleida (Spain) and in charge of the design and operation of a number of pipe irrigation systems commanding about 70,000 ha of irrigated lands in 6 regions of Spain.

ASG takes care of the entire cycle of irrigation system conception and development, from the preliminary studies and investigations, to the final detailed design, construction and put into operation. From its first conception and development, SIGOPRAM enabled the transfer of standardized datasets among the different divisions of the ASG group (projects, work, exploitation, territory and financial), thus facilitating the timely completion of assigned projects and tasks. 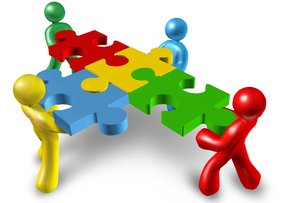 Structured Information is not utopia

ASG partners with about 30 different consultants and technical assistance works, each of them utilizing different methods and tools, and having limited knowledge of GIS.

Since its development, SIGOPRAM enabled to:

1 – Introduce GIS as working framework and environment for the different engineering and construction companies collaborating with ASG.

2 - Achieve uniformity and homogeneity of datasets generated by all the engineering and construction companies.

3 – A high degree of independence of such companies from ASG in making adaptations and modifications to the projects and works. 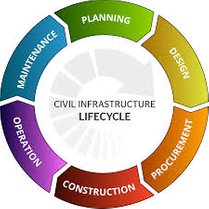 Managing changes is no longer a problem

ASG needed a tool that would enable to properly manage modification in irrigation networks required by relevant changes occurring in the command areas during the life span of the irrigation projects, i.e. from design, to construction, operation, exploitation and modernization phases. As such, SIGOPRAM enabled ASG to:

1 - Provide immediate and adaptive response to changes being required during the different phases of irrigation projects.

2 –Work independently from the designer when it comes to the need of investigating alternative technical solutions. 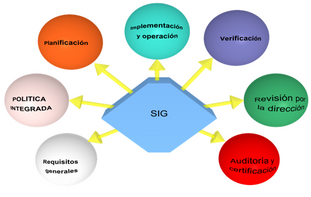 Information become accessible  by all departments

SIGOPRAM can be interfaced with both personal and corporate (company) databases. Not only is it a powerful calculation tool, but also data storage and retrieval can be integrated and interfaced with other departmental Information Systems.

For instance, within ASG, SIGOPRAM allowed us to:

1 - Speed up reporting of follow-up work and certifications (Works Department).

3– Spatial identification of areas with likely risk of pressure failures, for supporting the draft of irrigation contracts between the irrigation service provider and the water users (Territory Department).